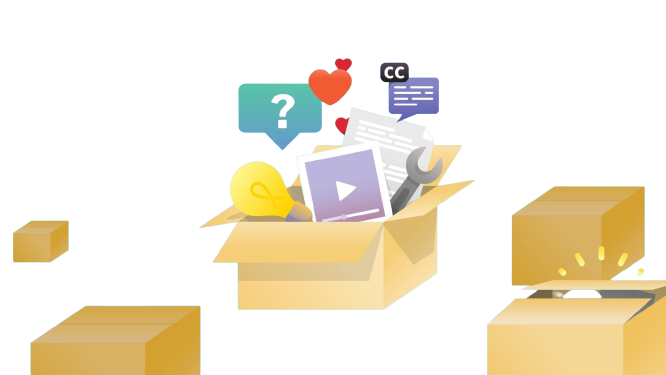 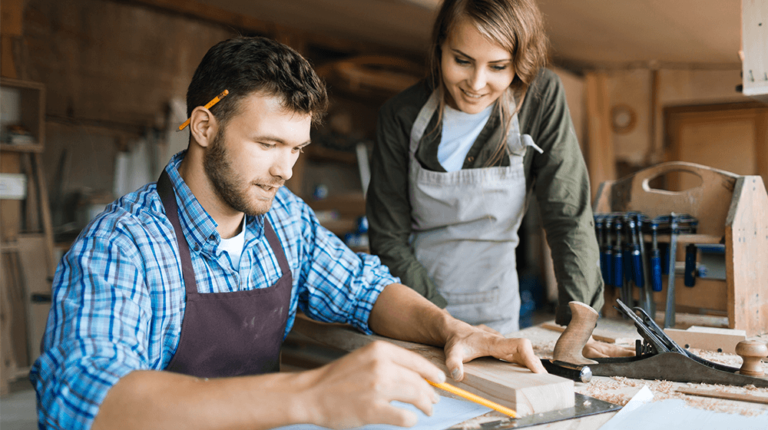 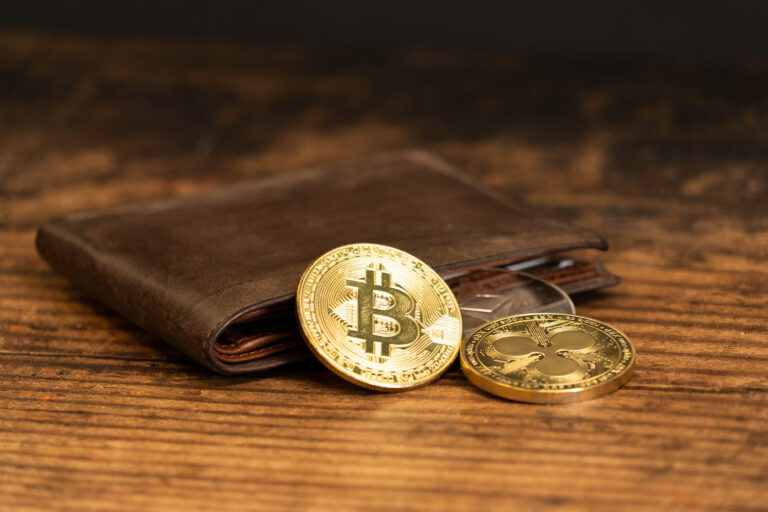 Tax-Saving Tips - May
01 May, 2022
Donor-Advised Funds: A Tax Planning Tool for Church and Charity Donations Do you give money to 501(c)(3) charities? Do you get a tax benefit from those donations? Recent changes in the tax code have done much to destroy your benefits from church and other...
Read More 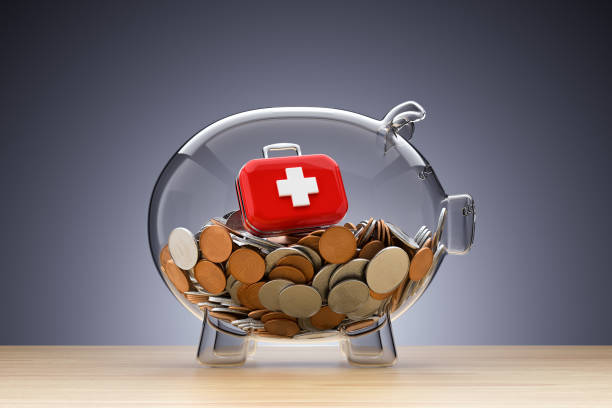 Tax-Saving Tips - April
01 April, 2022
Health Savings Accounts: The Ultimate Retirement Account It isn’t easy to make predictions, especially about the future. But there is one prediction we’re confident in making: you will have substantial out-of-pocket expenses for health care after you...
Read More 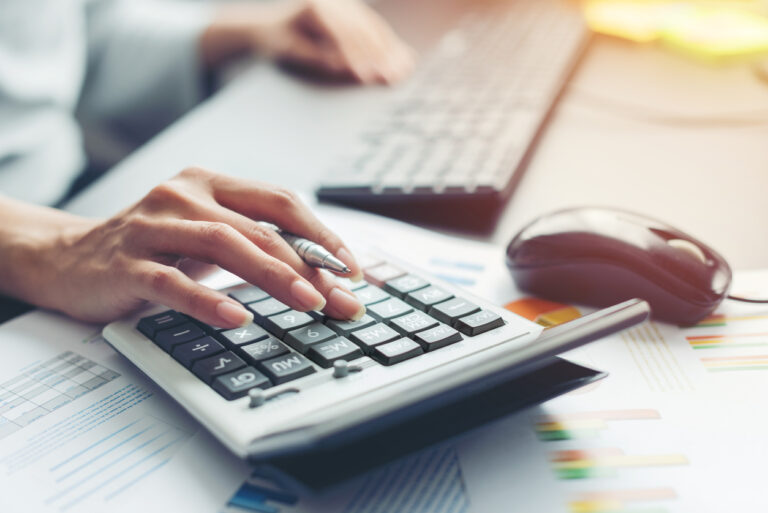 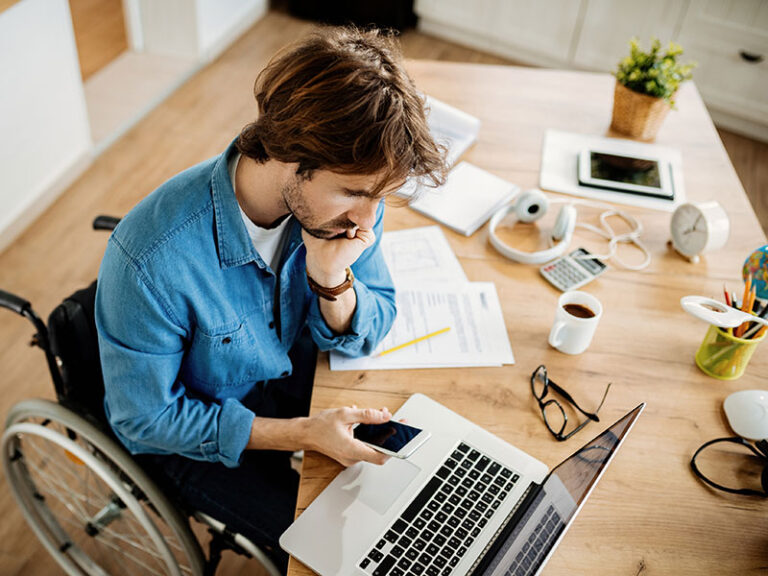 Tax-Saving Tips - February
01 February, 2022
Make Sure You Grab Your Home Internet Deduction If you do some work at home, you’re probably using your home internet connection. Are your monthly internet expenses deductible? Maybe. The deduction rules depend on your choice of business entity (proprietorship,...
Read More

Tax-Saving Tips - January
01 January, 2022
Wander CPA, Accountant, Tax Advisor Wander CPA, Michael wander Is Your Sideline Activity a Business or a Hobby? Do you have a sideline activity that you think of as a business? From this sideline activity, are you claiming tax losses on your Form 1040?Will...
Read More
No posts found

In what clearly must be a mistake, the IRS issued Notice 2021-49 to deny the employee retention credit (ERC) on the wages paid to most C and S corporation owners.

According to the IRS:

Example 1. Tom owns 100 percent of his S corporation, and he has no living relatives. Under this new IRS notice, Tom’s corporation can qualify for up to $33,000 in ERC on Tom’s wages.

Also, it may be technically incorrect.

And it’s possible that lawmakers will kill this IRS rule.

To Amend or Not to Amend

Let’s start with this premise. You are a more than 50 percent owner of a corporation. You thought that your corporation qualified for the ERC. At various times before August 4, 2021, the day when the IRS issued Notice 2021-49, you filed your claim to the ERC for 2020 and the first two quarters of 2021.

As we mentioned, when you filed, you believed (as a more than 50 percent owner of a C or S corporation) that wages paid to you by the corporation qualified for the ERC. We did too.

If you are upset by this IRS notice, it’s a good idea to communicate that dissatisfaction to your U.S. senators and congressional representatives. For some ideas on what message to convey, here’s a sample letter for your use.

When you travel out of town overnight, you need to know the tax-home rule. The IRS defines your tax home, and it’s not necessarily in the same town where you have your personal residence.

If you have more than one business location, one of the locations will be your tax home. It’s generally your main place of business.

In determining your main place of business, the IRS takes into account three factors:

Here’s a recent court case that illustrates this rule.

Get ready for a chuckle: in court, Mr. Soboyede admitted in his testimony that he did not keep the necessary documentation because he “did not know . . . [he] was going to get audited.”

Due to the lack of records, the IRS disallowed most of the deductions. The remaining issue for the court was the travel expenses for lodging for which Mr. Soboyede had the records.

The court noted that Mr. Soboyede’s lodging expenses were only deductible if he was “away from home” as required by Section 162(a)(2).

In deciding whether Mr. Soboyede’s tax home was in Minneapolis or Washington, D.C., the court used the following two factors:

If you use the property for personal purposes, it’s not deductible.

But if you use it in a business, you can deduct the full cost using regular depreciation, bonus depreciation, or IRC Section 179 expensing.

But depreciation won’t begin if you purchase property with the intent of beginning a new business. You must actually be in business to claim depreciation. This doesn’t require that you make sales or earn profits—only that your business is a going concern.

Finally, if you use regular depreciation, you must apply rules called conventions to determine the month in which your depreciation deduction begins. The earlier in the year, the larger your deduction for the first year.

First-year depreciation for real property begins at the middle of the month during which the property is placed in service (mid-month convention).

Some withdrawals are taxable.

Even worse, some can be socked with a 10 percent early withdrawal penalty tax, and this can happen even when there’s no income tax hit.

Any withdrawals from any of your Roth accounts are federal-income-tax-free qualified withdrawals if you, as a Roth IRA owner,

Such withdrawals are usually state-income-tax-free too. Good!

You must pass both the age and the five-year tests to have a qualified withdrawal.

The five-year period for determining whether your withdrawals are qualified starts on January 1 of the first tax year for which you make a Roth contribution. It can be a regular annual contribution or a conversion contribution.

A non-qualified withdrawal is potentially subject to both federal income tax and the 10 percent early withdrawal penalty tax. The only exceptions are

If you have a Roth and want to take a non-qualified withdrawal, make sure you know the tax consequences.

Here’s a look at how to apply the $250,000 ($500,000, if married) principal residence tax break when getting married or divorced, or when converting another property into your home.

In both marriage and divorce situations, a home sale often occurs. Of course, the principal residence gain exclusion break can come in very handy when an appreciated home is put on the block.

Say a couple gets married. They each own separate residences from their single days. After the marriage, the pair files jointly. In this scenario, it is possible for each spouse to individually pass the ownership and use tests for their respective residences. Each spouse can then take advantage of a separate $250,000 exclusion.

Say a soon-to-be-divorced couple sells their principal residence. Assume they still are legally married as of the end of the year of sale because their divorce is not yet final. In this scenario, the divorcing couple can shelter up to $500,000 of home sale profit in two different ways:

To qualify for two separate $250,000 exclusions, each spouse must have

Sale in Year of Divorce or Later

When a couple is divorced as of the end of the year in which their principal residence is sold, they are considered divorced for that entire year. Therefore, they will be unable to file jointly for the year of sale. The same is true, of course, when the sale occurs after the year of divorce.

Key point. Under the preceding rules, both ex-spouses will typically qualify for separate $250,000 gain exclusions when the home is sold soon after the divorce. But when the property remains unsold for some time, the ex-spouse who no longer resides there will eventually fail the two-out-of-five-years use test and become ineligible for the gain exclusion privilege.

Let’s see how we can avoid that unpleasant outcome.

Sometimes ex-spouses will continue to co-own the former marital abode for a lengthy period after the divorce. Of course, only one ex-spouse will continue to live in the home. After three years of being out of the house, the non-resident ex will fail the two-out-of-five-years use test. That means when the home is finally sold, the non-resident ex’s share of the gain will be fully taxable. But with some advance planning, you can prevent this undesirable outcome.

If you will be the non-resident ex, your divorce papers should stipulate that as a condition of the divorce agreement, your ex-spouse is allowed to continue to occupy the home for as long as he or she wants, or until the kids reach a certain age, or for a specified number of years, or for whatever time period you and your soon-to-be ex can agree on. At that point, either the home can be put up for sale, with the proceeds split per the divorce agreement, or one ex can buy out the other’s share for current fair market value.

This arrangement allows you, as the non-resident ex, to receive “credit” for your ex’s continued use of the property as a principal residence. So, when the home is finally sold, you should pass the two-out-of-five-years use test and thereby qualify for the $250,000 gain exclusion privilege.

The same strategy works when you wind up with complete ownership of the home after the divorce, but your ex continues to live there. Stipulating as a condition of the divorce that your ex is allowed to continue to live in the home ensures that you, as the non-resident ex, will qualify for the $250,000 gain exclusion when the home is eventually sold.

Once upon a time, you could convert a rental property or vacation home into your principal residence, occupy it for at least two years, sell it, and take full advantage of the home sale gain exclusion privilege of $250,000 for unmarried individuals or $500,000 for married, joint-filing couples. Those were the good old days!

Unfortunately, legislation enacted back in 2008 included an unfavorable provision for personal residence sales that occur after that year. The provision can make a portion of your gain from selling an affected residence ineligible for the gain exclusion privilege.

The numerator of the fraction is the amount of time after 2008 during which the property is not used as your principal residence. These times are called periods of non-qualified use.

But periods of non-qualified use don’t include temporary absences that aggregate two years or less due to changes of employment, health conditions, or other circumstances specified in IRS guidance.

Periods of non-qualified use also don’t include times when the property is not used as your principal residence, if those times are

The denominator of the fraction is your total ownership period for the property.

Step 4. Report on Schedule D of Form 1040 the non-excludable gain calculated in Step 3. Also report any Step 1 unrecaptured Section 1250 gain from depreciation for periods after May 6, 1997. The remaining gain is eligible for the gain exclusion privilege, assuming you meet the timing requirements. If you are in any of the situations described above and would like to discuss this, please call me on my direct line at 310-800-2241.